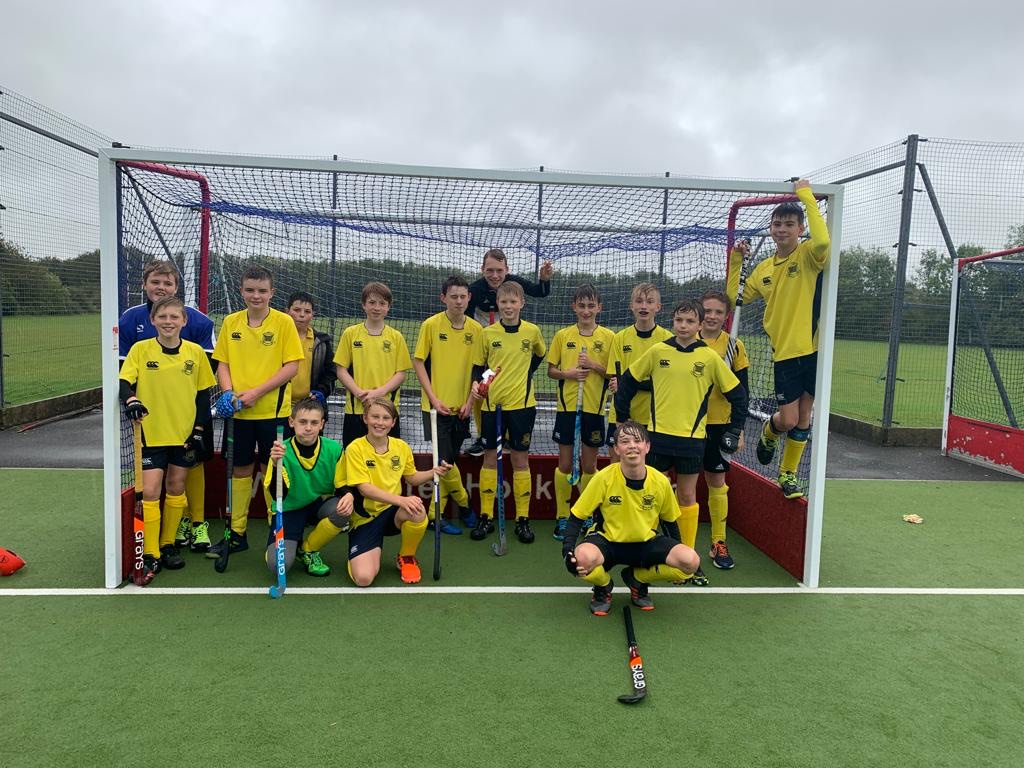 A wet and soggy morning in Winchester did not dampen the spirit of this energetic team of Romsey boys!

They were rewarded early on when Ollie attacked into the D from the right neatly tucking the ball into corner. Winchester continued to counter attack in numbers but were frustrated with an in form defence of Ellison, Owen, Freddie, Jack J and Daniel who frequently stole the ball and turned defence into attack.

Romsey soon scored again when Harry found Jack M in the D and he made no mistake from 5 metres. Romsey kept up the pressure with Thomas, Rupert and Henry combining before playing the ball forward to Jack M who saw his effort brilliantly saved by an in form keeper and then coolly lifted the rebound over the outstretched keeper and into the net.

The second half saw Romsey dominate the early exchanges with Thomas, Jack J and Will all having good efforts saved by the keeper before Jack M smashed the loose ball into the net. The pressure led to a number of short corners and finally Lorne, passing to Luke who had advanced to the left of the goal, firmly striking into the bottom left corner.

Lorne then dribbled past 3 players to the goal line before setting up number 4 for Jack M. Goal number 8 followed a burst through midfield by Jack S who found Luke just outside the D on the left who neatly placed the ball into the bottom right corner.

A sharp and focussed performance by a group of hungry players who were fully on form!