The Romsey U12 girls played their first match on a full pitch and faced a strong Petersfield team.
The first third showed the teams were evenly matched, with Maya and Clara setting the standard for a strong defence which remained throughout the game. Elsie on the right wing had a strong run taking the ball up for Caitlin in midfield to put pressure on the Petersfield defence and spotting a space, passed beautifully to Grace who finished off with a confident goal giving Romsey an early lead. Petersfield equalised in the last few minutes of the third.
The second third started with the girls mixing up their positions due to injuries. With Rosie dropping back to midfield, she intercepted many passes and with Sophie quickly clearing balls out to the sides. Phoebe did well on the left wing this being her first hockey match – she keep her head up looking for spaces, finding Camila and Maggie who were ready to push forward but were met with a strong defence. Meanwhile, Petersfield pushed forward and scored a second goal.
In the final third, Petersfield continued to put on the pressure. Romsey girls stayed on their toes and Anna on the left back, who was up against a strong forward from Petersfield, showed huge resilience, and just didn’t give up, going in for tackle after tackle. Elise and Maya backed her up, with Clara making strong clearing passes to the wings. Petersfield sealed their win with a third goal, making it past Daisy in goal who was so strong, saving many attempts which would have left a very different score.

Junior training has started again this week and so we have taken the opportunity to present the awards for U10, U12, U14 and U16 Girls and Boys. Awards are give to the Player of the Season and to the Most Improved Player in each age group. 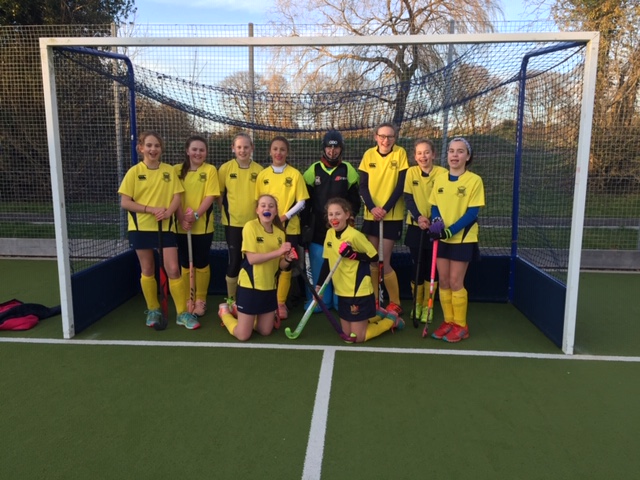 Sunday 1st March , a fantastic u12 in2 Hockey girls tournament!

Hosted by Haslemere Hockey club, the best clubs from Hampshire pitted their skills to see who could make it to the regional round in London.

The girls played a total of 7 pool  games only losing one to the eventual winners Haselmere 1-0.

Their hard effort and great team play through the pool stage got them into the semi final against Fareham where they battled out a tense 0-0 draw which meant penalty flicks to decide the match.

The Fareham keeper made one fine save which was enough to see them through to the final. The tournament was not over though, Romsey now had to play the 3rd /4th play off match against New Forest.

This again was a tense affair with great play all round plus super goal keeping from Ellie, another 0-0 , more penalties!

Some parents could not watch!

A super save from Ellie gave Romsey the advantage and despite having to re take her penalty Harriet held her nerve to score giving Romsey 3rd place.

A fantastic day of Hockey and a great team performance from a great group of girls.

Thanks to all parents for their support plus Julia, Elaine and Sally for their hard work. 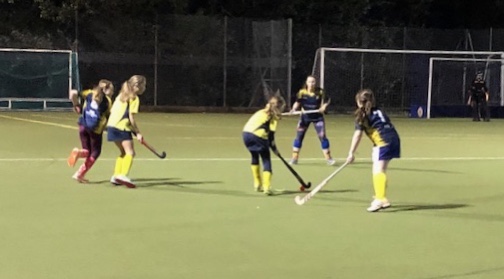 The two teams , Romsey and Romsey Renegades enjoyed a enthusiastically fought match with full rules and umpires. The Renegades in away strip made a positive start  only to see Romsey strike first after ten minutes as a result of a nice passing move. 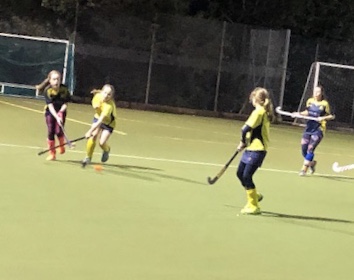 Renegades had good possession but could not find the final pass, unlike Romsey who were there again to score number two as the first 20 mins drew to a close. 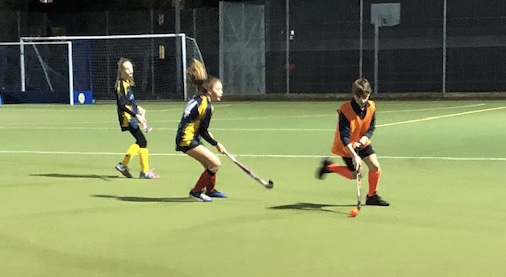 The second 20 saw the Renegades mount on the pressure and get the goal they deserved. 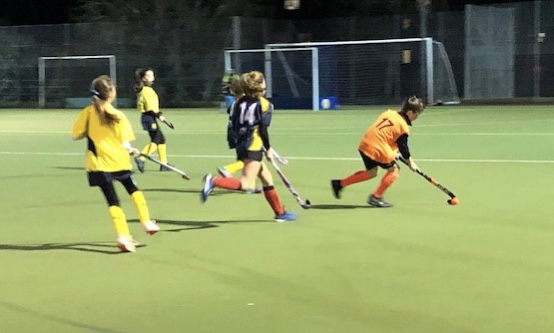 This set up the final 20 , both teams were moving the ball well and and the match was end to end however both defences held firm to give a final score of Romsey 2-1 Romsey Renegades. 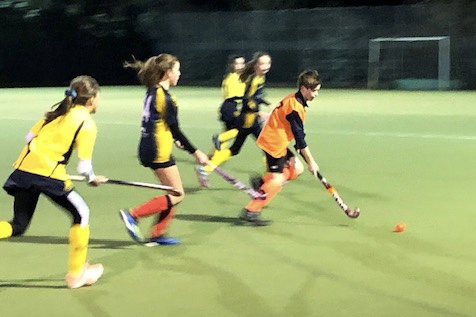 Thanks to all who gave up their time to make the match happen , I think the girls all enjoyed themselves and no doubt slept well, Great effort! 😊 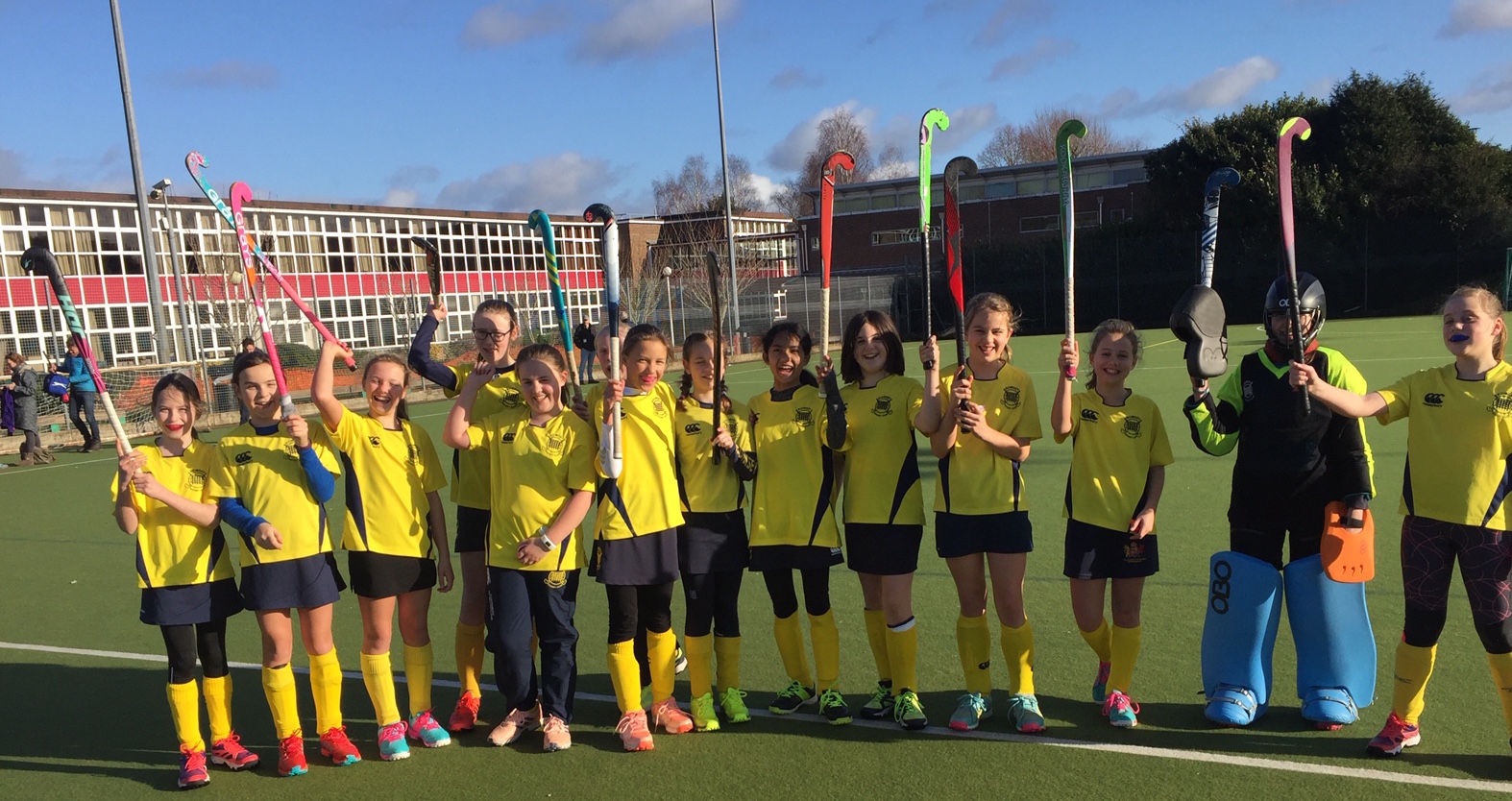 U12 girls played Salisbury on the 12th of January. Push back was at 10.45 am on a beautiful sunny morning. 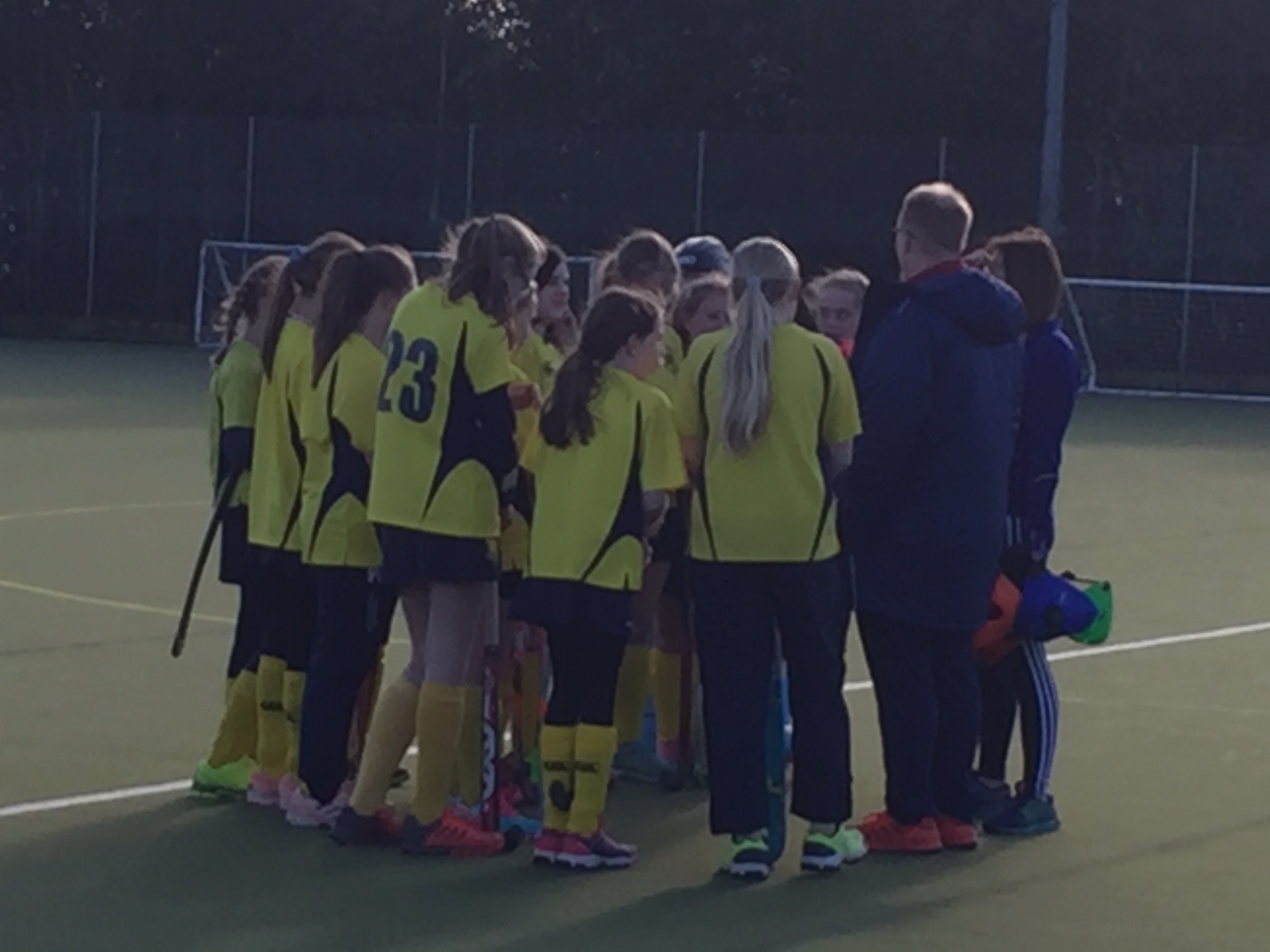 Romsey made a strong start and dominated possession and it was not long before they had their first goal. Harriet F made a strong run from midfield and found Alisa S in the D  unmarked and she calmly slotted the ball into the goal. 1-0
The second goal soon followed with a fine finish by Maddie O to make it 2-0. 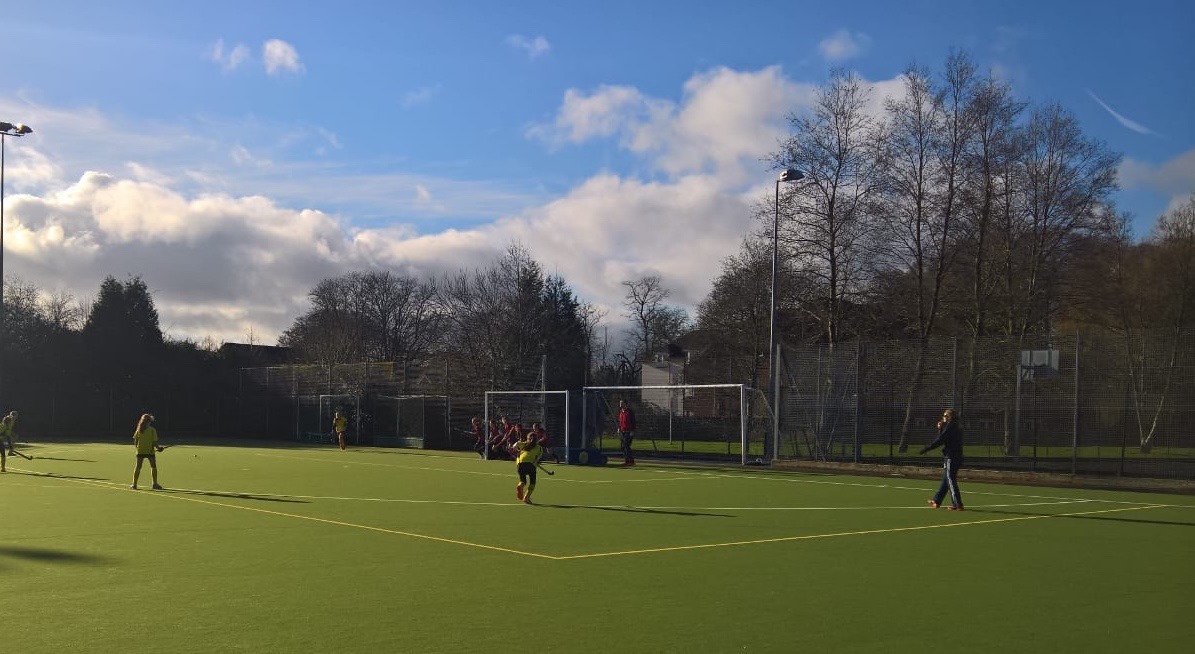 As the second 20 started started Salisbury stepped up a notch and were working very well as a team and put the Romsey defence , led by Tilly D under great pressure , despite great defending from Hannah T , Isobel L , Hattie K , Eliza H and some excellent saves and kicking by Ellie G Salisbury scored two goals during this time.
The final third started with Salisbury in the ascendancy and Romsey had really gone off the boil. Salisbury made it pay and took the lead 3-2! 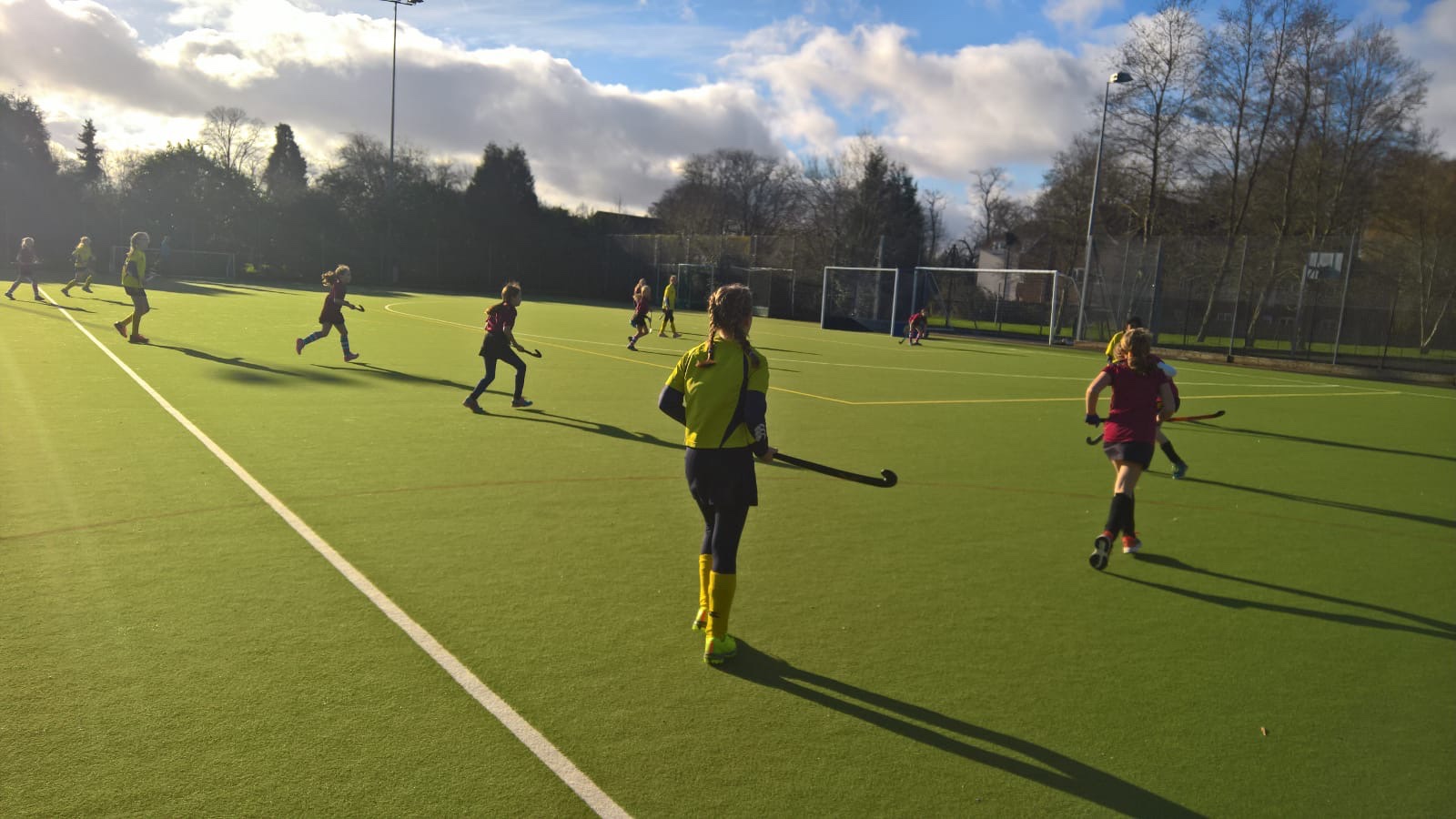 The pressure was really on Romsey now , could they respond?
Respond they did,  the midfield started to click Zoe P and Imogen A started to get the ball out wide and create space as Romsey surged forward with Maggie N and Elianna W in support. On one such attack the ball was crossed into  the D and Harriet F struck it with conviction to make it 3-3!
Romsey tails were up now and they were looking for the winner , there was only a couple of minutes on the  clock when Imogen A picked the ball up on the half way line and made a great run down the wing. She delivered a telling cross to the back post where Lucy W after making a fantastic run from her own half to get there steered the ball home ! 4-3

A minute later the whistle went for full time, the girls had left it late but grabbed the winner in the nick of time.
A great team effort to come back from behind and get the win
Players of the match- Ellie G , Some crucial saves and excellent kicking and Harriet F , Great goal and assist.
Proudly sponsored by: 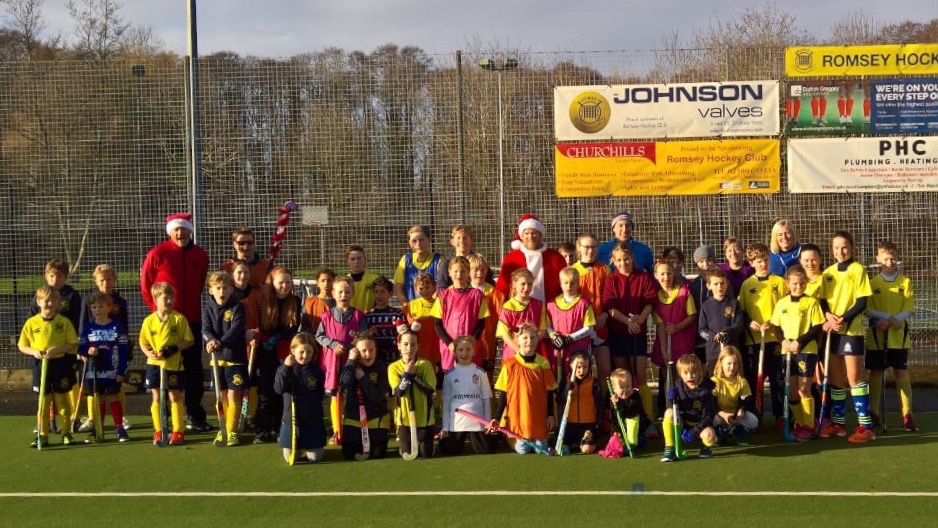 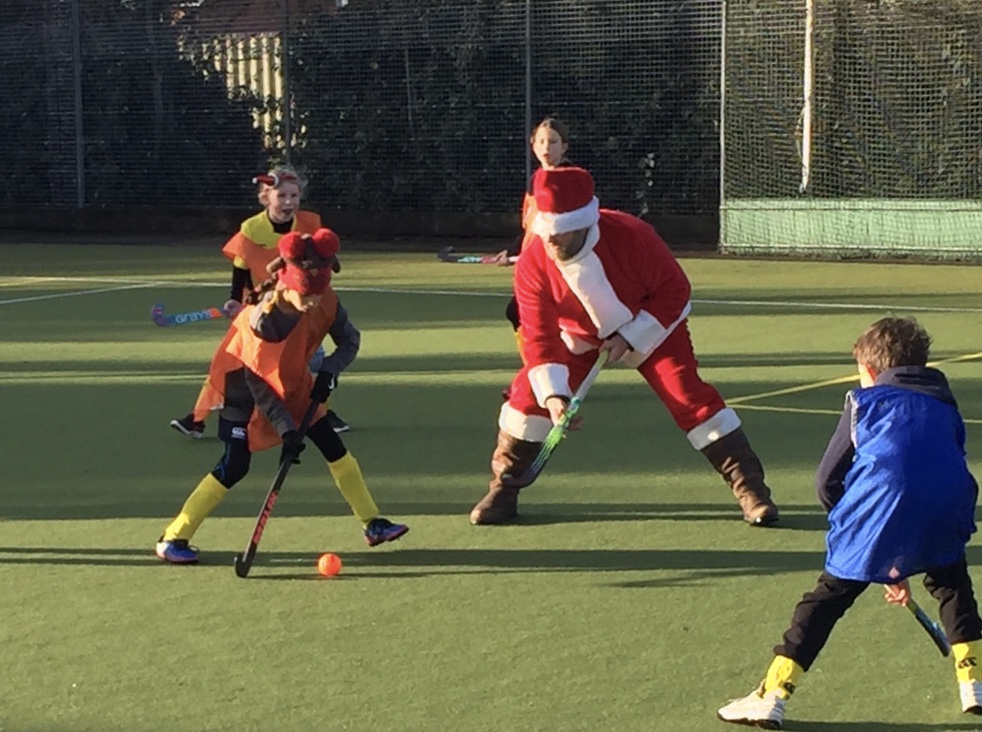 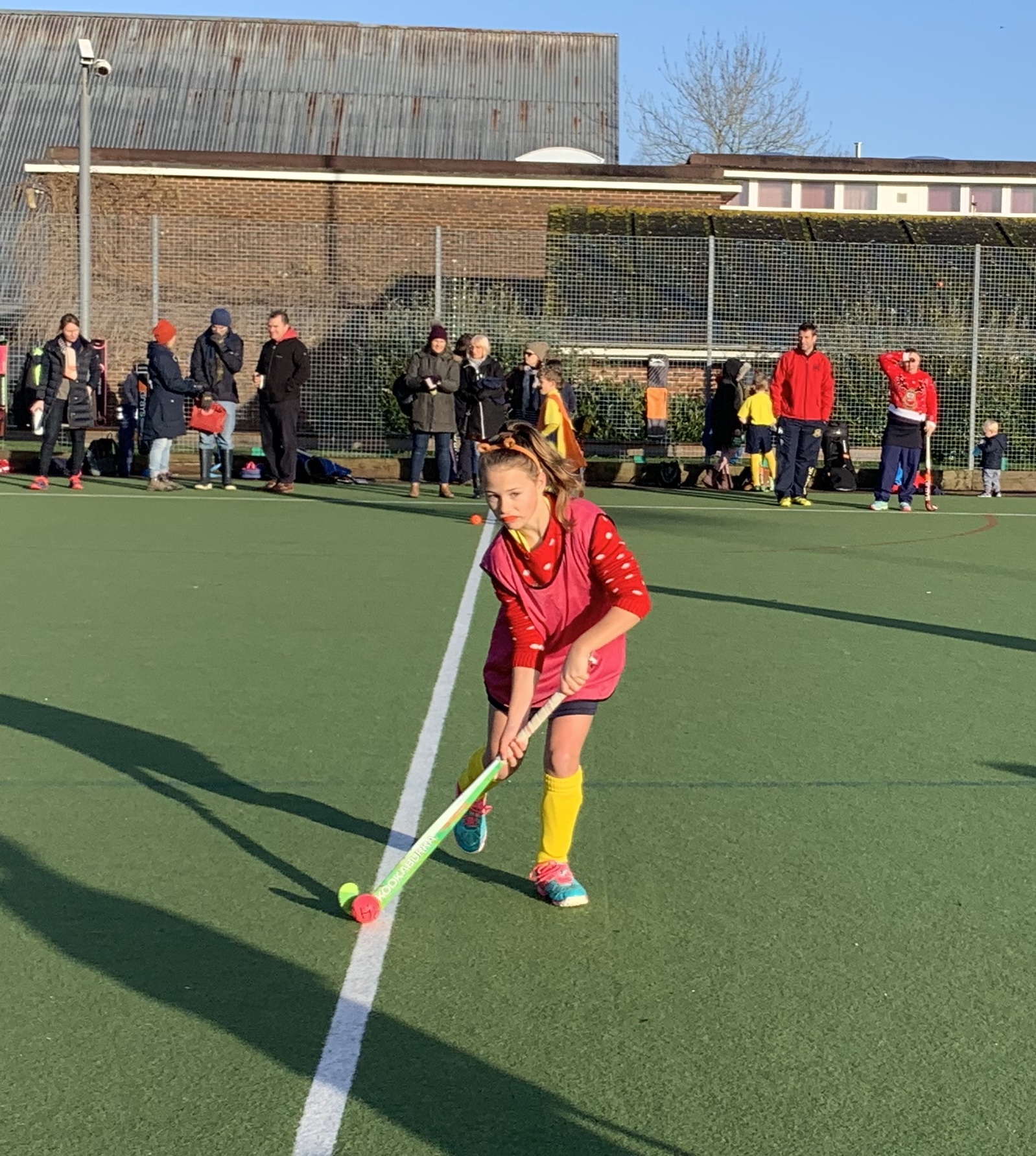 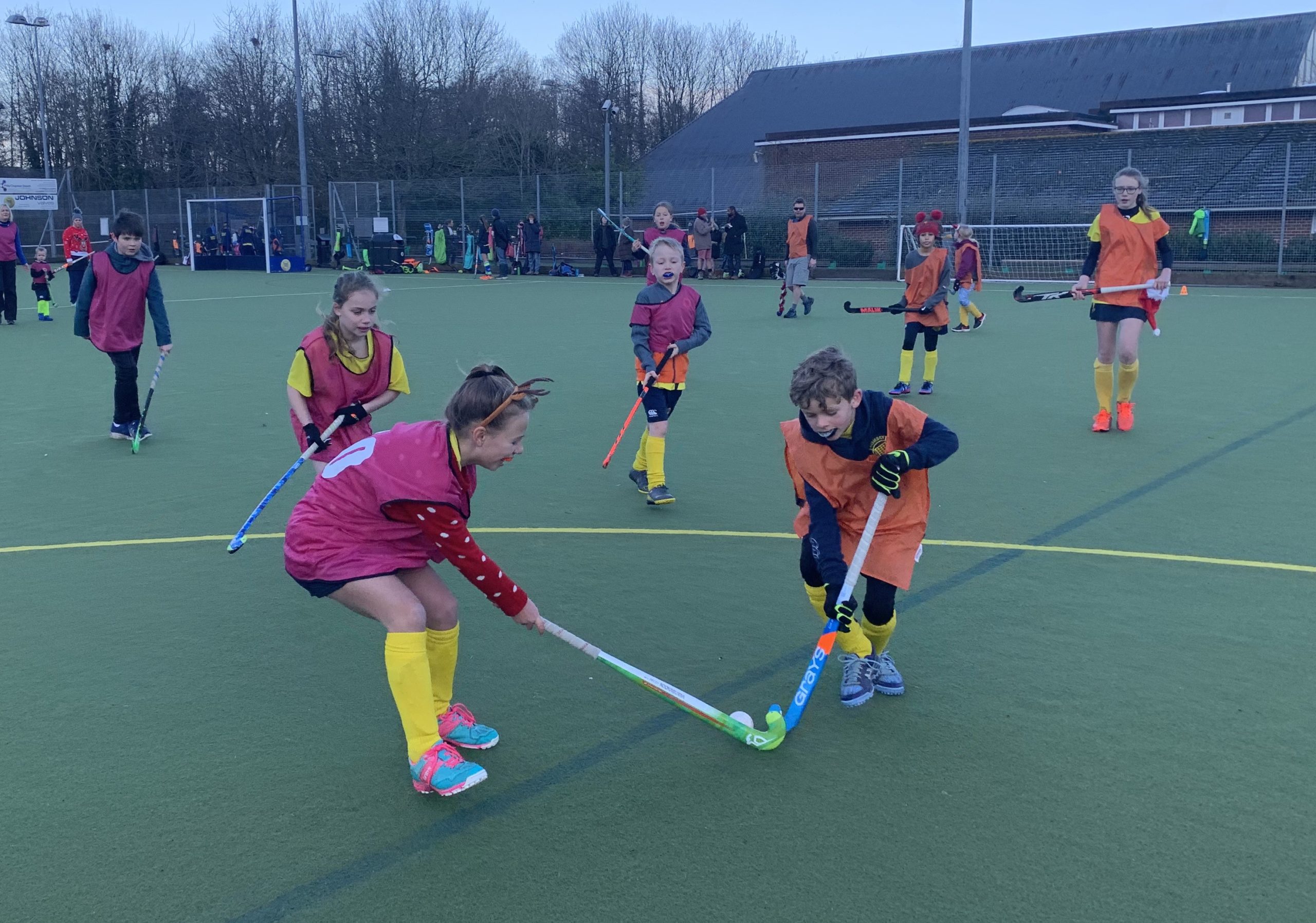 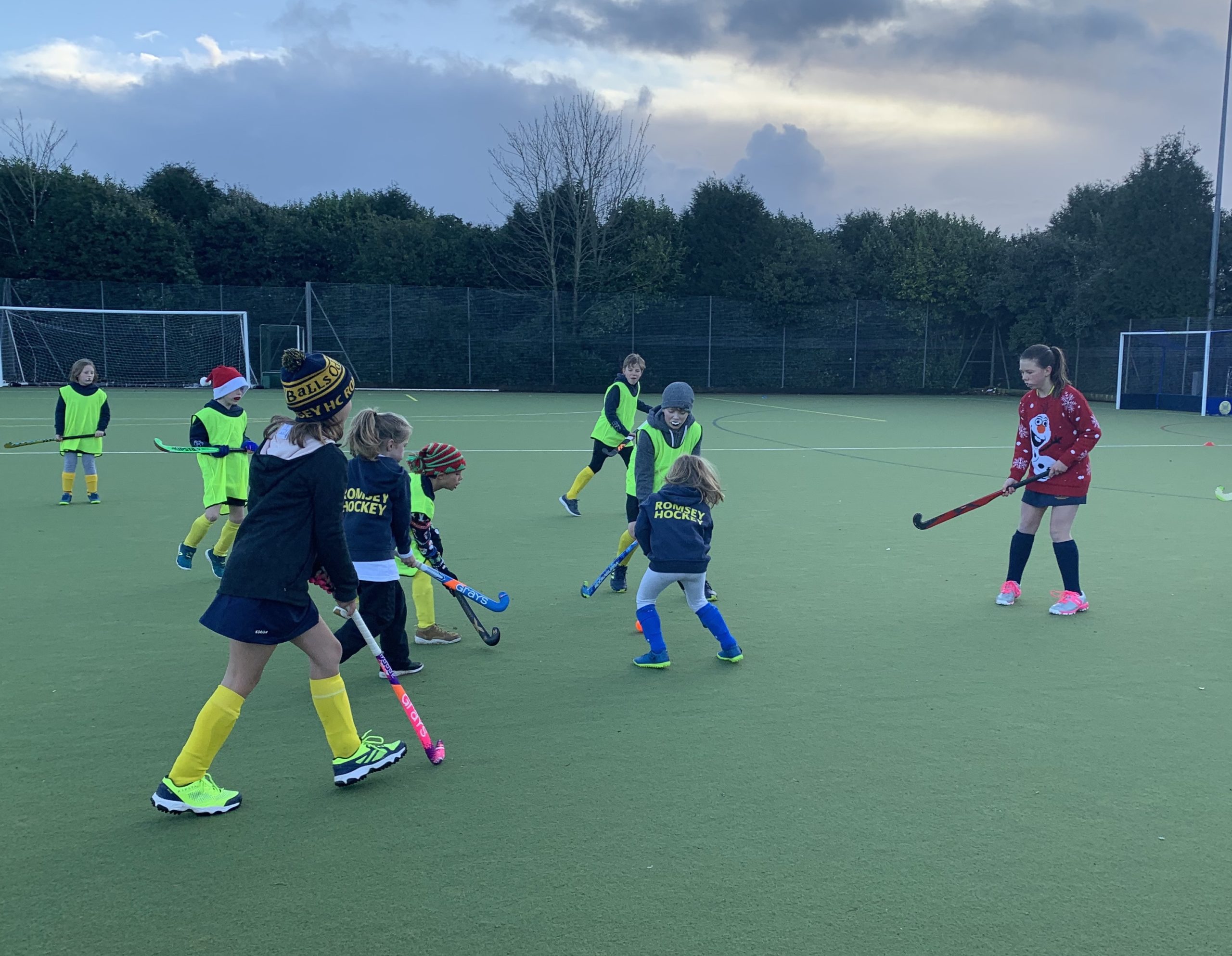 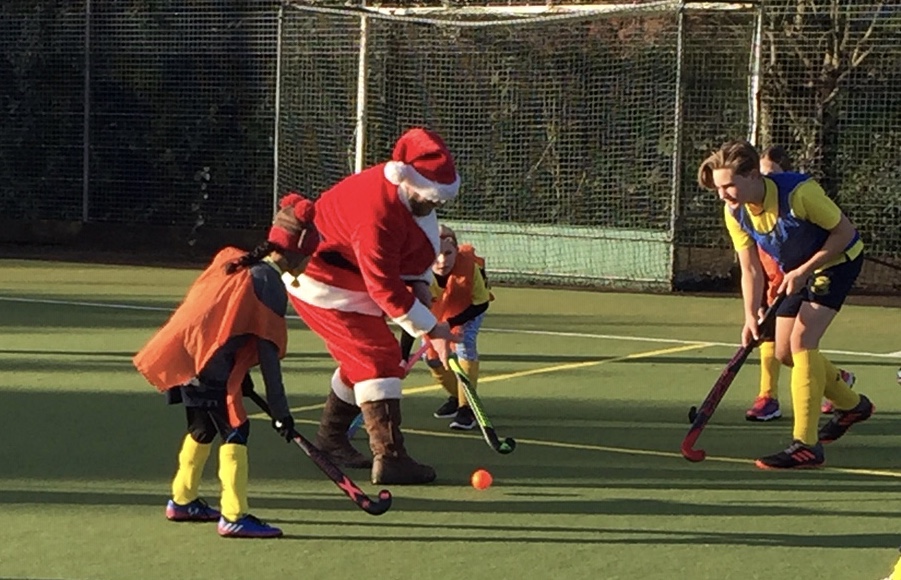 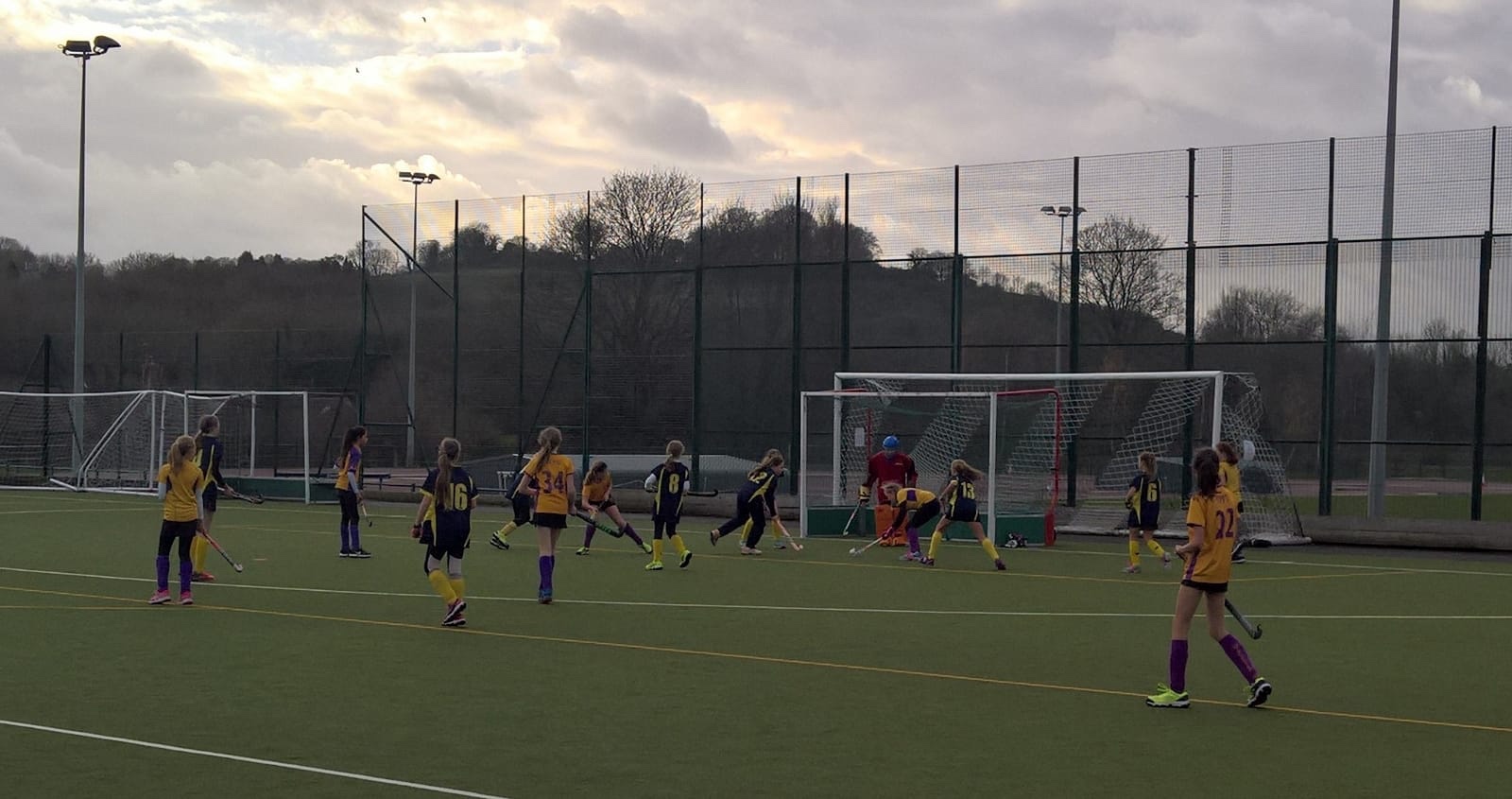 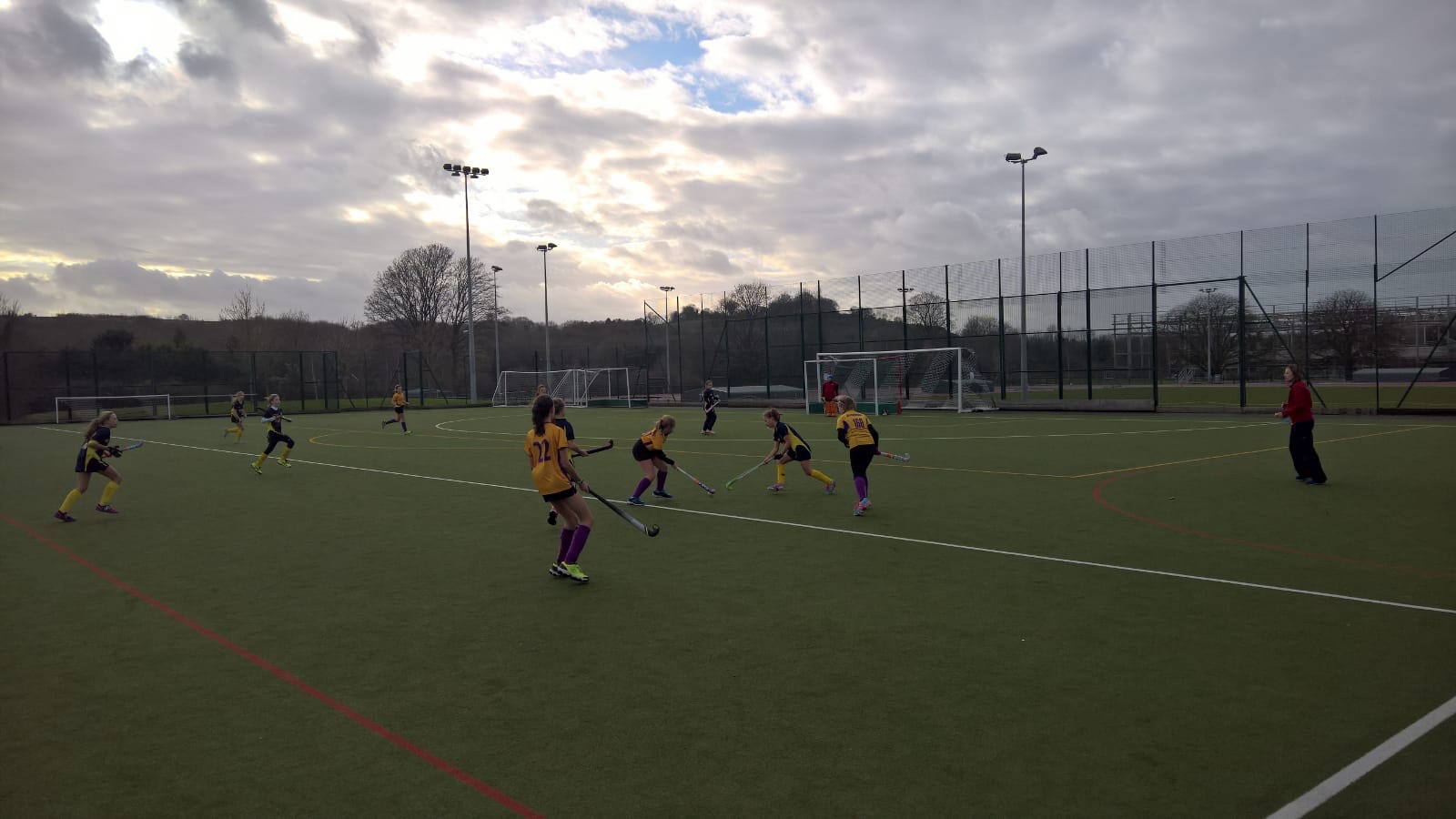 The U12 Romsey team put on a very strong performance against Winchester on Sunday. 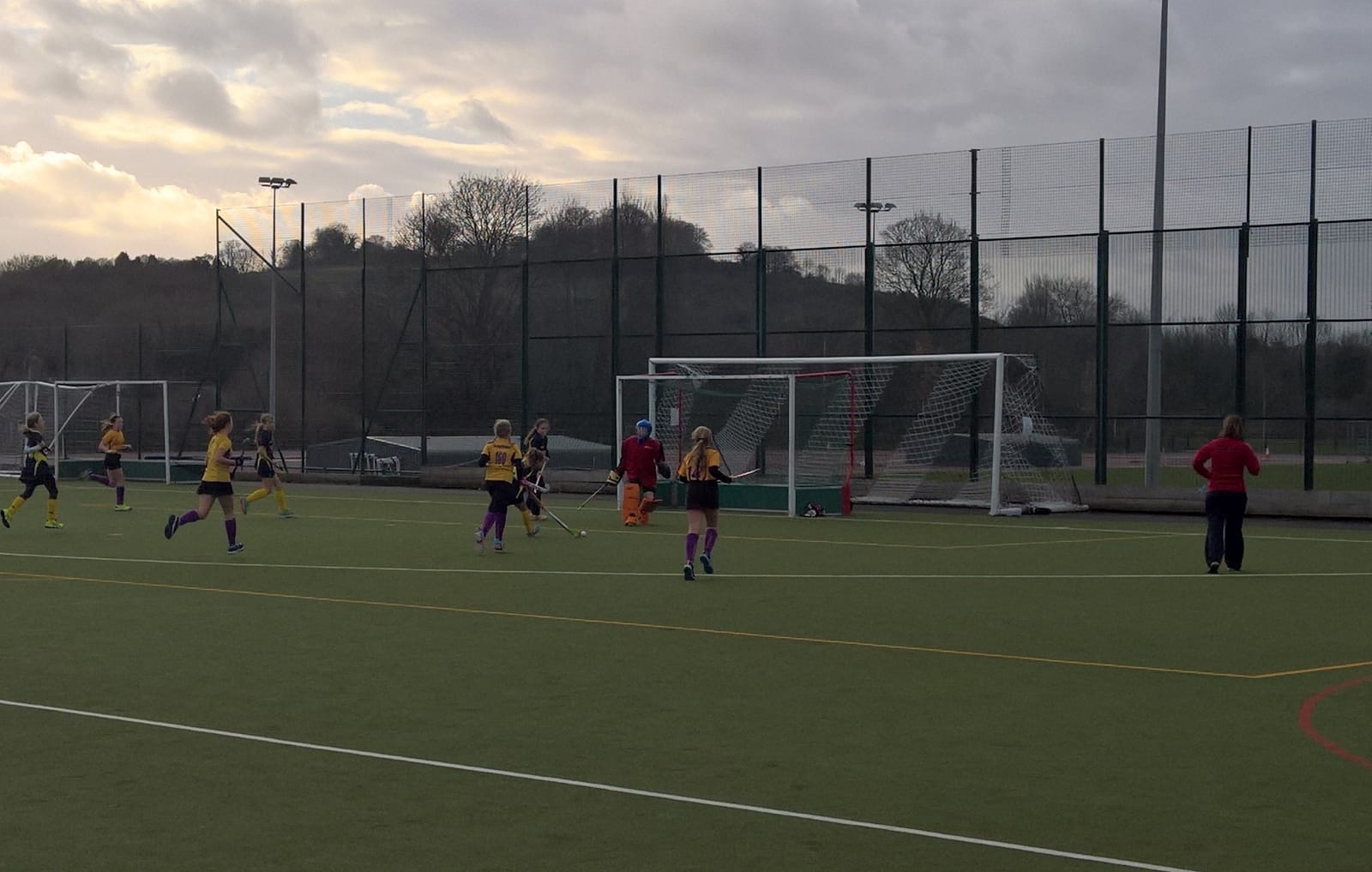 Each girl gave one hundred percent in a match which saw the majority of attacking play by the formidable Romsey team. 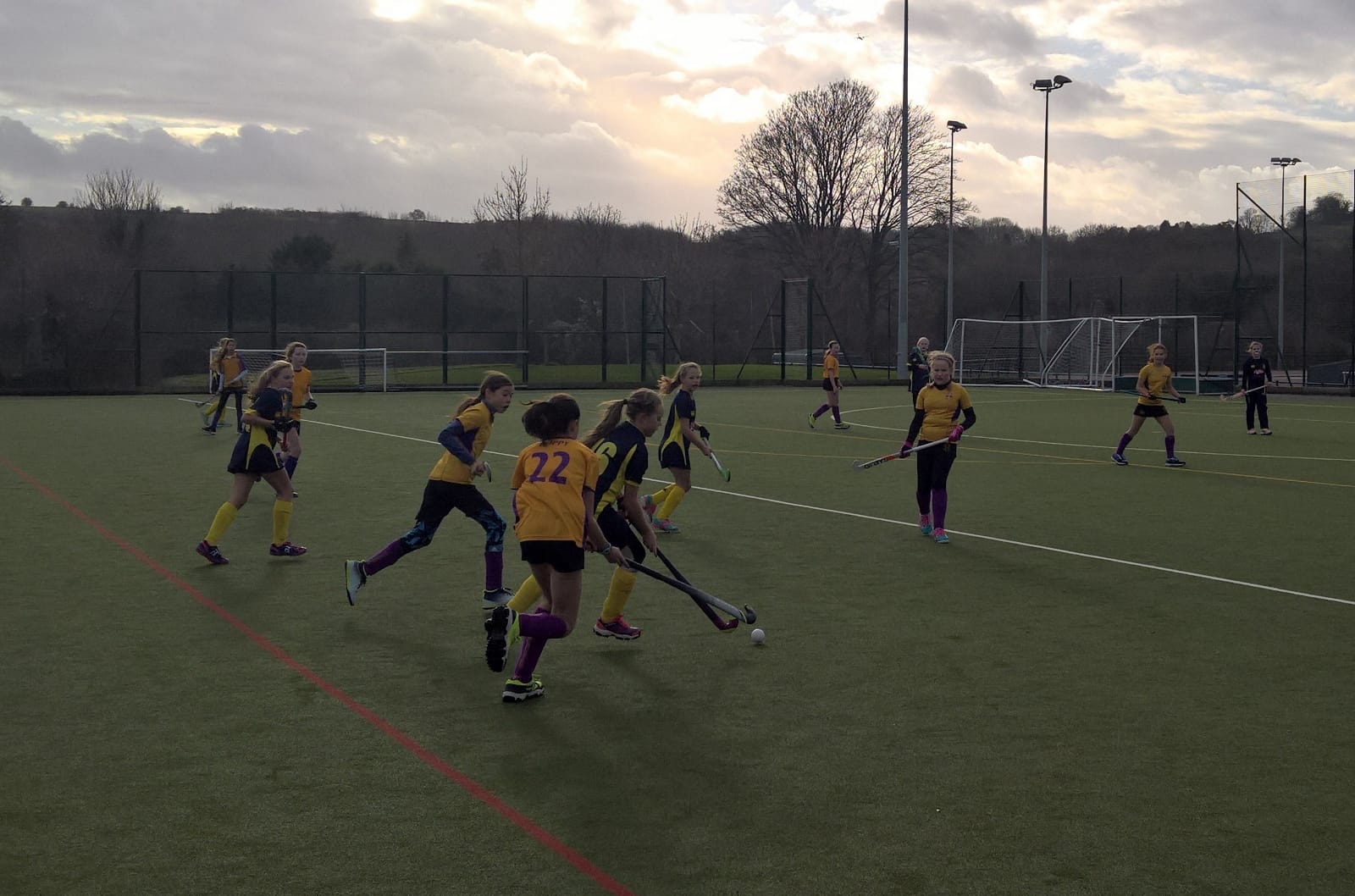 Every player displayed greatly improved stick skills, and their fantastic pace and accurate passing up the field meant the Winchester goalie had a very busy morning! 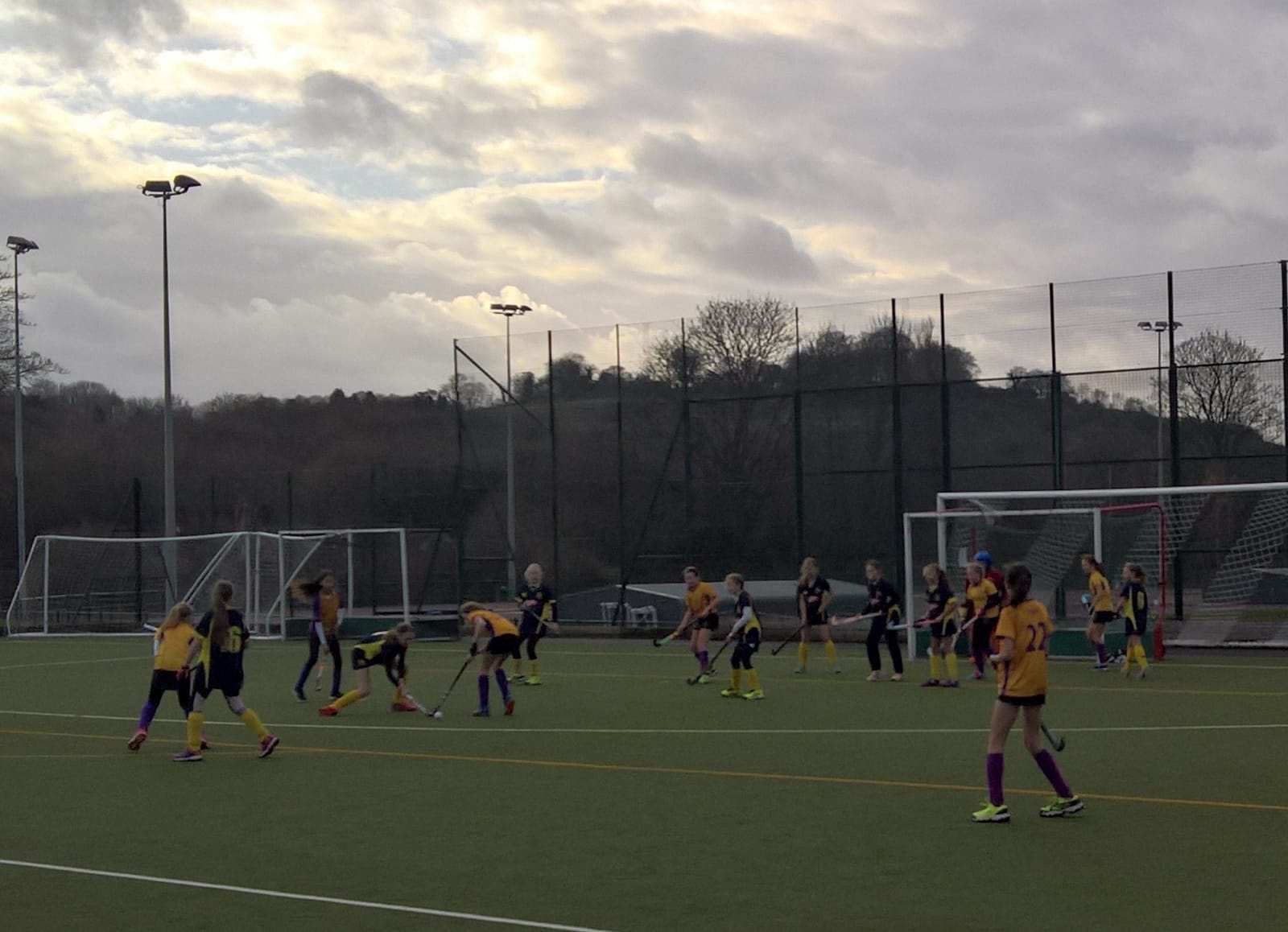 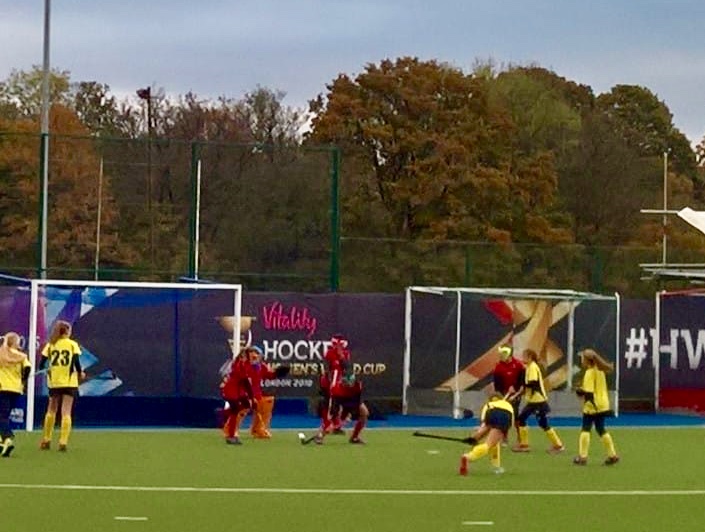 After a respectful Remembrance Sunday silence the Romsey U12 side commenced what was to be an amazing display of youth hockey.

The Romsey girls U12 dominated today at their match against Trojans, scoring a healthy 9 goals, whilst conceding none. The incredible win was a tribute to the girls’ hard work in training, their determination, and total confidence on the ball. Each girl showed impressive personal skills on the pitch however their teamwork was seamless. Full use of the width of the pitch and smart, strong passing between teammates meant Romsey had the majority of possession which they put to great use.

A fantastic team performance! (Clara F Player of the match)