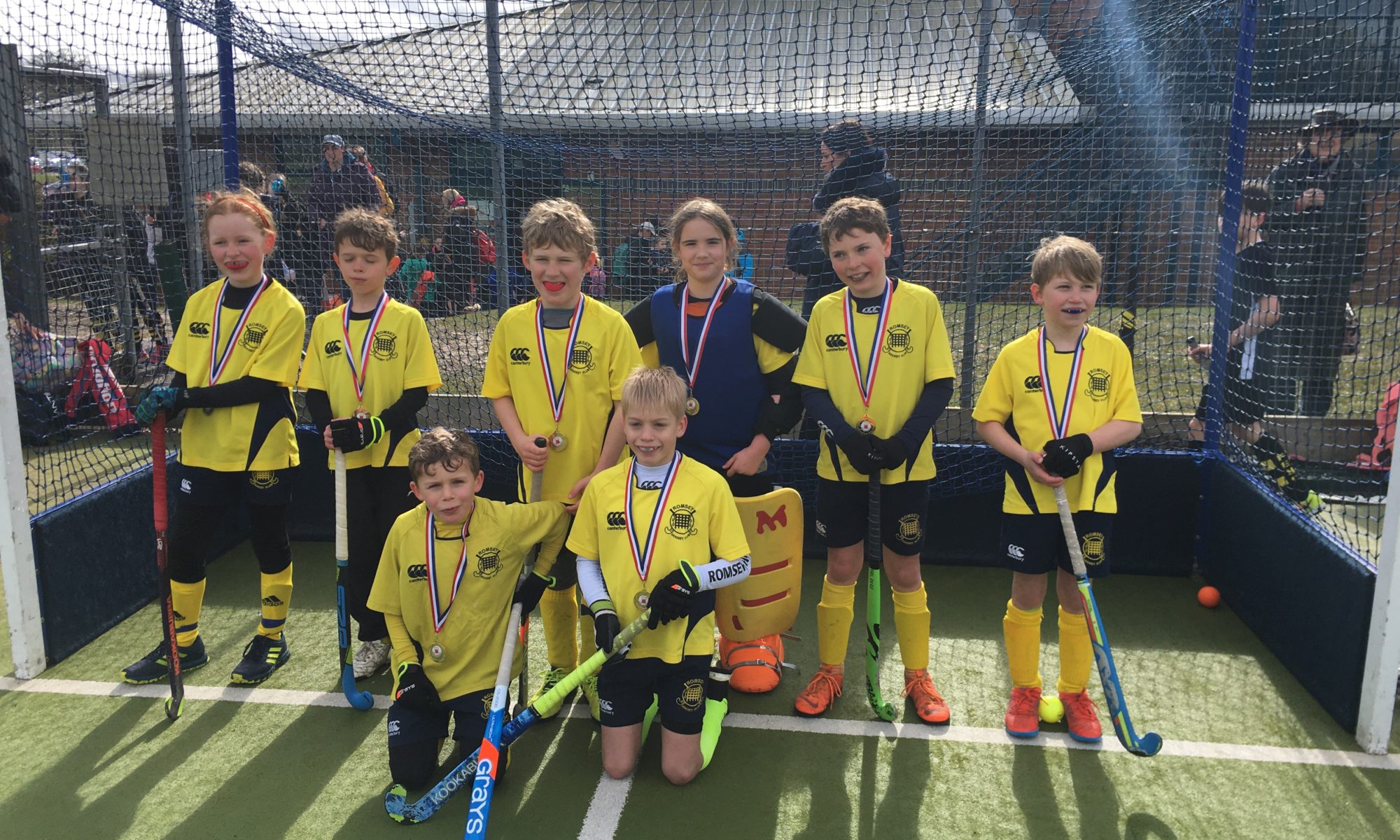 On Sunday 7th March Romsey Hockey Club took two under 10 teams to compete in the Hampshire In2Hockey tournament at Haslemere.

There were two competitions; a mixed competition in the morning and a girl’s competition in the afternoon. Both teams had been working extremely hard in training since January learning new skills like short corners and penalty flicks and all their hard work paid off and was evident for all to see on the day with what can only be described as amazing results for both teams! 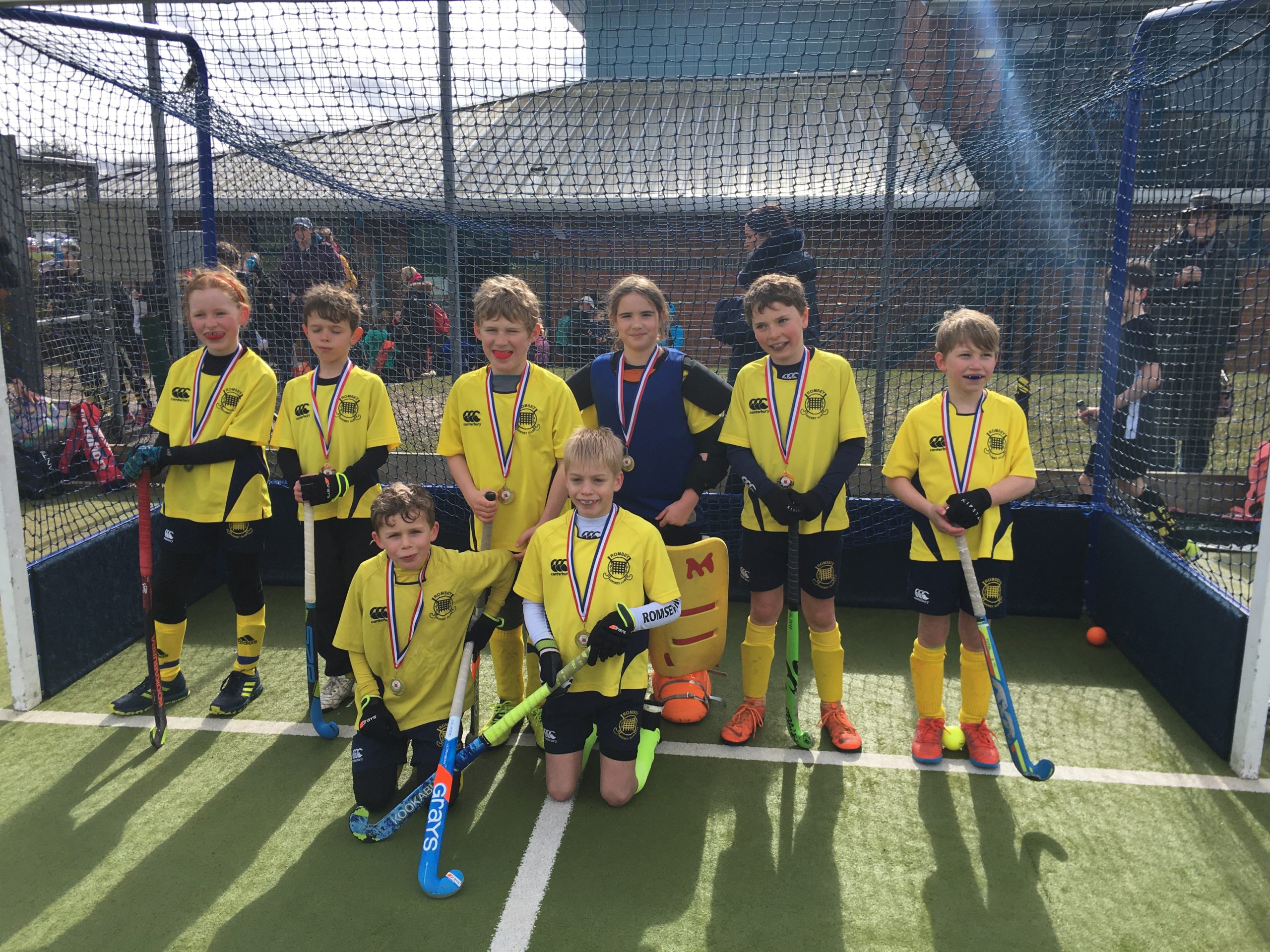 Romsey U10 mixed team went undefeated in their three pool games with their most challenging game being against Basingstoke who put up a tough fight but in the end qualified for the quarter finals where Romsey played Haslemere winning 2-0. The semi final match saw Romsey face Fleet and Ebshot which they won 1-0. The final was a rematch against Basingstoke that they met in their pool game so Romsey knew that this would be a tough contest. The match was extremely close with both sides have opportunities in front of goal. Romsey defended heroically and in the end it was Oscar who showed determination in front of goal to score securing Romsey a well deserved 1-0 win and see Romsey taking the gold medal. Romsey’s mixed team also did not concede any goals in the whole tournament.  Romsey may only be a small hockey club but they showed that they had what was needed on the pitch today. Well done Sophie, Camilla, Charlie, Oscar, Joe, Zach, Henry and Hamish. 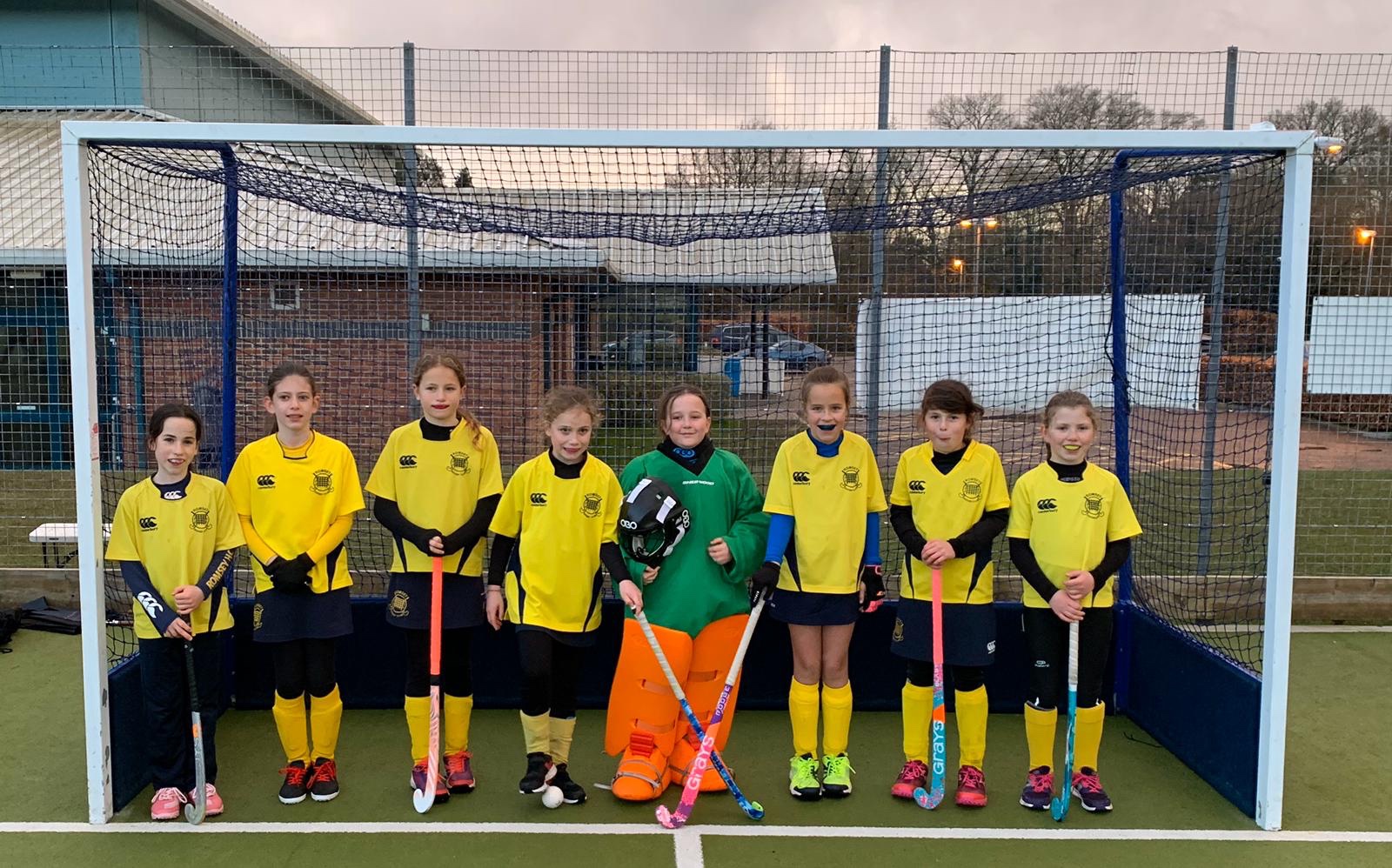 In the afternoon it was the girl’s competition and unfortunately the weather took a turn for the worse with heavy hail storms which resulted in one of their pool matches being abandoned. Their first match was against Haslemere who had a very strong record in this competition and they narrowly lost 1-0. There were five further pool matches with some very tough competition from both Havant and Fleet and Ewshot. The girls were not disheartened at all from their first loss and went on to secure all 5 wins in the remainder of their pool games with some impressive wins scoring 5 goals in one game. Their semi final was against Alton and despite some slick passing and use of the full width of the pitch they lost 1-0 but did not stop trying for an equaliser right until the final whistle. They then went into the play off for 3rd/4th place and this ended 1-1 at the end of full time going to penalty flicks which finished 3-3. This then went to sudden death ending in a narrow 3-4 loss resulting in Romsey taking a well deserved 4th place. Well done to Daisy, Clara, Anna, Maya, Caitlin, Elsie, Sabine and Grace.

The In2Hockey tournament showcased some fantastic hockey from both teams and how much all children has developed this season. The mixed team will now go on to the Regional finals on 3rd May in Surbiton.