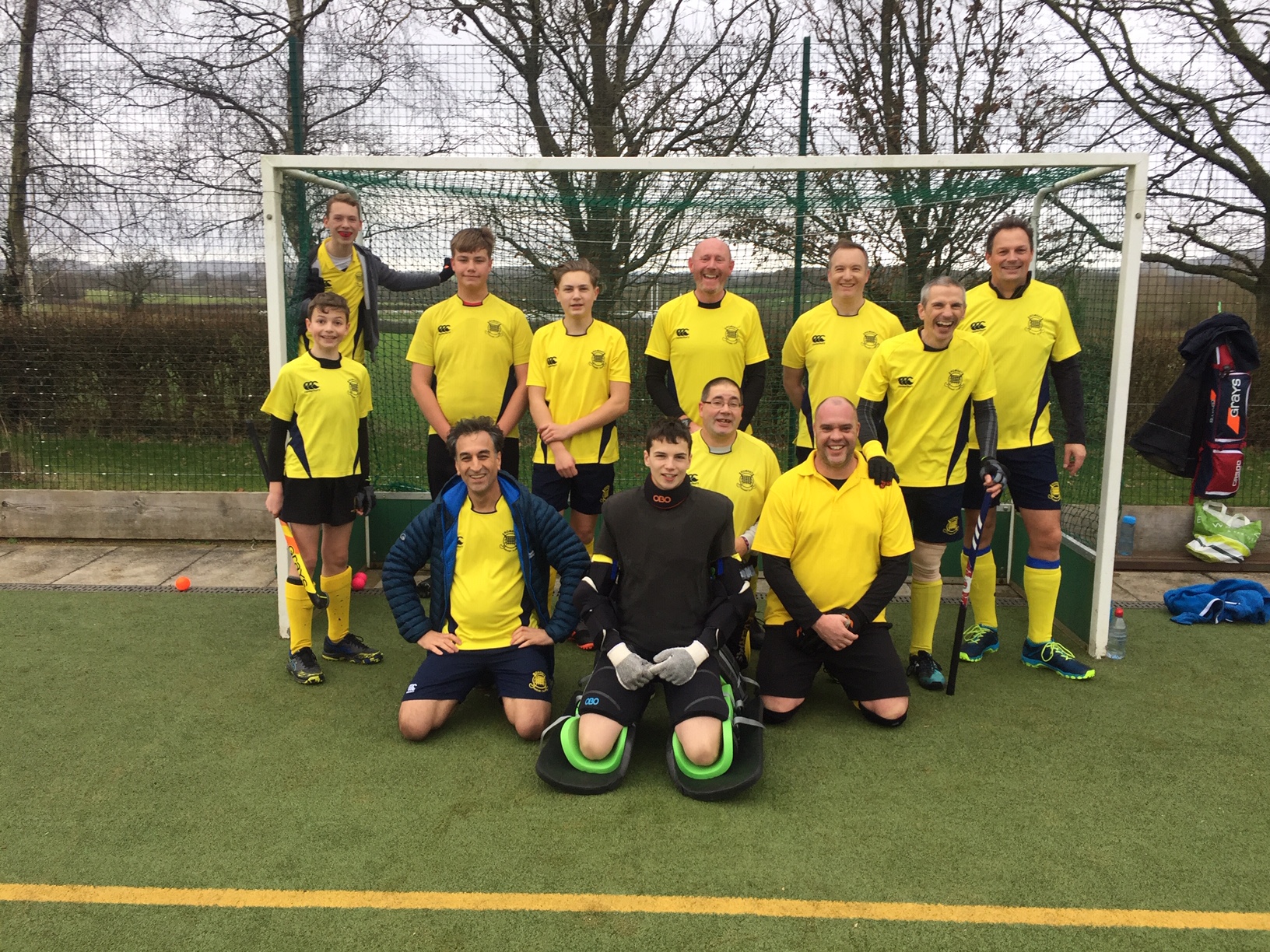 Mens 4s played Gillingham away on Saturday the 11th of Jan.
Push back was 12 noon sharp on a windy grey day a long way from home!
The team was fielding new debutante Ellison B along with 4 other juniors in a fairly inexperienced squad.
Gillingham started well and were moved  the ball  through midfield putting early pressure on the Romsey defensive line and Rob Cav and Mike P made early crucial tackles.
Gordon F was getting on the ball in midfield and looking to release Tom M up front who was using the width well.
Salisbury kept coming and despite more good defending from Pete O and Simeon F they broke through and scored.1-0
Romsey responded well and a great move from their 16  found Phil O on the edge of the D after a super pass from Gordon F only for the Gilingham defender to obstruct Phil which led to a short corner.
Sean R injected with great pace and Gordon took it under his spell and with a sweet connection slammed the ball home to make it 1-1! No stopping that!
Romsey then committed the cardinal sin and conceded two minutes later despite good work from Ollie O making a double save however Gillingham scrambled the ball over the line.2-1
Romsey re started and Gillingham came again and it wasn’t long before they poached another. making the score 3-1 at half time.
Romsey were quite up beat as they had been working hard and had threatened. The second half started and Romsey were playing better with slicker passing and movement which  created the odd chance with Barry H , debutante Ellison B and Freddie O combing well in Midfield
Defensively they were still working hard and  Ollie O was forded into some great saves and the defensive line were committing everything to keep Gillingham out.
Unfortunately they could not do this forever and Gillingham made the pressure tell scoring twice in the last twenty minutes to make the final score 5-1.
Romsey were not down hearten as they had lost to a better team but had battled from start to finish.
Man of the match Gordon F – Great goal and held the midfield together.
Proudly sponsored by: