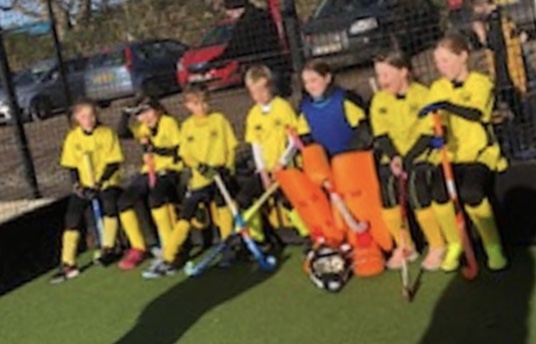 A sunny and crisps morning gave Romsey U10 a great start to the tournament. We entered two teams with seven in each, so no subs and a lot of playing for all children.

Grace, Sabine, Rosie, Sophie, Daisy, Charlie and Oscar made up team Romsey A. We had the advantage of having both Sophie and Daisy, sharing the goalie gear and goalie duties with pride. Out of seven matches, Romsey A won five, drew one and lost one. All players rotated on the pitch and had a go at all positions, even if they all have their preferred place on the pitch. Romsey scored 16 goals and only let in two. Grace was top scorer with six goals followed by Oscars five and Sabine and Charlie with two each. But despite getting the glory of scoring, we also won our matches due to a strong defence, were Sophie, Daisy and Rosie played important roles. The team showed great hockey skills with lovely passes in between them and winning most of the matches quite easily. However, both New Forest team A and B and Bournemouth B challenged Romsey considerately. The audience enjoyed watching you play fantastic hockey, Well done Romsey A.

Thanks to Eva for looking after the team so well!